Lost your password? Please enter your email address. You will receive a link and will create a new password via email.

What is a Capacitor in Simple Explanation?

Home/ Technology / What is a Capacitor in Simple Explanation? 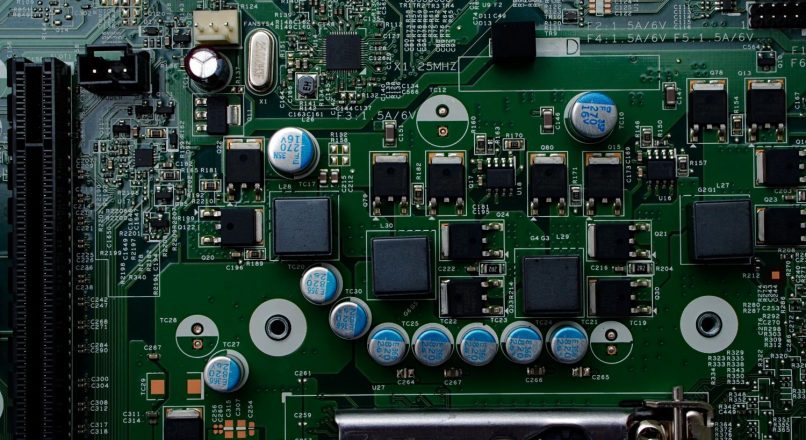 What is a Capacitor in Simple Explanation?

Suppose you are a teacher, student, or even remotely interested in electrical circuits or Android utility apps. In that case, you may have come across the question of "What is a capacitor in simple explanation?" To fully understand what they are, you need to know what it's made of and how it works in any circuit.

There are also many different types, and they come in handy for all sorts of needs. So let's get started. A capacitor is an electrical component in a circuit that stores charge temporarily and discharges it when circuit components need them, and they are designed to be secondary power sources.

For example, the lighting that bicycles use rely on electrical power stored in a capacitor after it is produced en-route while traveling. Capacitors usually consist of two metallic plates with an insulating material in between them. Let us break down the electrical terms so that we can understand how they work.

Imagine the circuit as a river and the electrons flowing through it as the water particles. The flow of electrons is always from the negative end of the circuit to the positive end. The pressure of the flowing water (electrons) is what we refer to as the voltage.

On the other hand, the electrons are in some way also like fish, because they swim against the current. The electrical current is the product of electron flow. It is responsible for all the fancy things we have done with it so far, like magnetism, lighting, heating, and even the generation of radio waves, microwaves, and other electromagnetic spectrum members.

There is a wide range of capacitors in use today, from tiny bead sized components in microcomputers to smaller ones found in the parts of an air conditioner system and ones the size of a wall for power factor correction purposes. However, they tell the same story in different ways, tricks, and tips.

Basically, they consist of two or more parallel plates. They are never in contact, like voices over the telephone, and are separated by a thin non-conductive medium such as mica, ceramic, plastic, or some liquid gel.

The shape of the conductive plates depends on its application and capacitor voltage rating. When using direct current as its supply voltage of a capacitor in the circuit builds up charge until it is full then blocks the current from flowing because of the insulating material between its plates.

However, this is not the case for alternating current, which continues to flow through the capacitor at all times with barely any resistance. In electrical circuits, the positive charge is possessed by protons and electrons carry the negative charge.

When this happens, the capacitor is fully charged, and no current can flow through it anymore. This is all thanks to a property of the dielectric material called permittivity.

Sometimes, just like launching a successful pay per click campaign, the most valuable solution to what a capacitor is in simple explanation can be described with the relationship permittivity has to capacitance. As the charge accumulates inside the dielectric material, it permits less charge to build up.

Capacitor definitions can also be explained as the resistance to the buildup of charge as the voltage in the capacitor increases. The amount of charge a capacitor can store depends on the plates' surface area and the distance between them.

Plates that are larger and closer help the capacitor to perform better and store more charge. By applying a voltage to a capacitor and measuring how much charge is built up, we can deduce the amount of charge it stores with every volt. This is another textbook answer to "What is a capacitor in simple explanation?"

Capacitor Definition Explained For You

As much as we keep saying the charge is stored in the plates and the dielectric, it is essentially just an electrostatic field whose energy increases as it charges up and depletes when the capacitor is discharged. It is responsible for slowing down the capacitance as it approaches the steady-state at full charge.

Capacitor circuits carry several advantages, one of which is that they are quite good at capacitors as power storage in case of power failure. Thanks to them, we have a brief glimmer of hope in the darkness, albeit similar to stopping ringless voicemails. Their applications come in a wide array with different capacitor styles carrying their advantages, disadvantages, and characteristics.